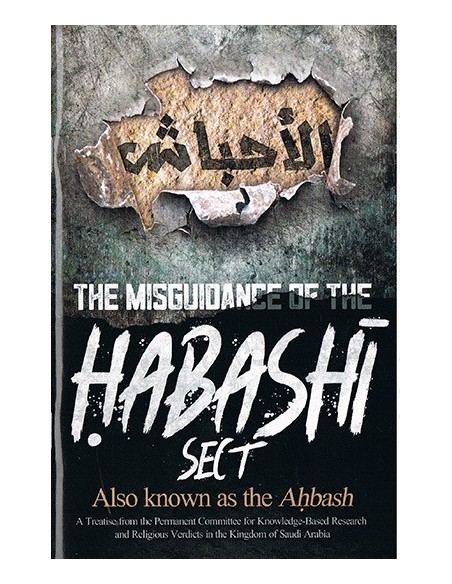 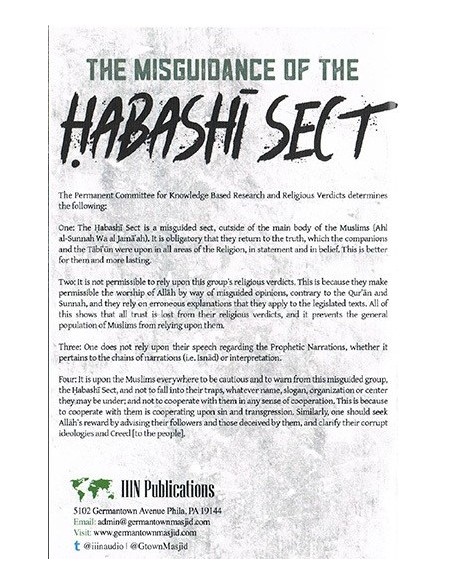 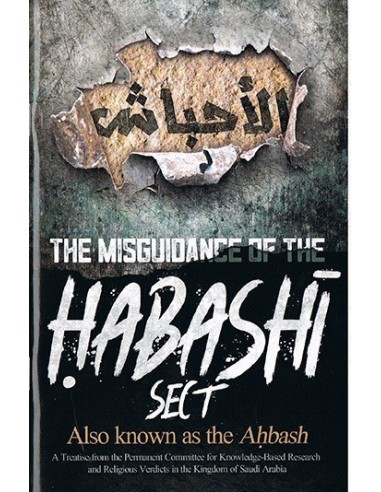 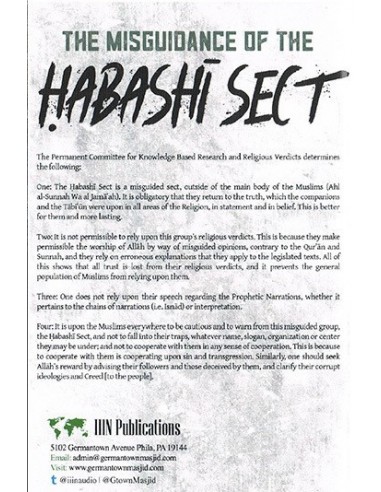 The Misguidance of the Habashi Sect Also Known as the Ahbash

The Permanent Committee for Knowledge Based Research and Religious verdicts determines the following:

One: The Habashi Sect is a misguided sect, outside of the main body of the Muslims (Ahl al-Sunnah Wa al-Jama ah). It is obligatory that they return to the truth, which the companions and the Tabi’un were upon in all areas of the Religion, in statement and in belief. This is better for them and more lasting.

Two: It is not permissible to rely upon this group’s religious verdicts. This is because they make permissible the worship of Allah by way of misguided opinions, contrary to the Quran and Sunnah, and they rely on erroneous explanations that they apply to the legislated texts. All of this shows that all trust is lost from their religious verdicts, and it prevents the general population of Muslims from relying upon them.

Three: One does not rely upon their speech regarding the Prophetic Narrations, whether it pertains to the chains of narrations (i e, Isn’_Š—ç’ǒ_Š—_d) or interpretation.

Four: It is upon the Muslims everywhere to be cautious and to warn from this misguided group the Habashi Sect, and not to fall into their traps, whatever name, slogan, organization or center they may be under and not to cooperate with them in any sense of cooperation. This is because to cooperate with them is cooperating upon sin and transgression. So one should seek Allah’s reward by advising their followers and those deceived by them,and clarify their corrupt ideologies and Creed [to the people]. 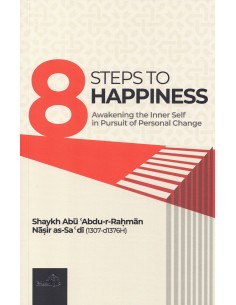 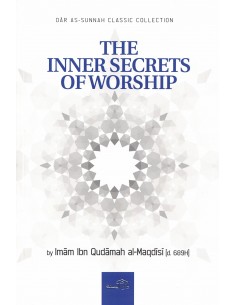 The Inner Secrets Of Worship 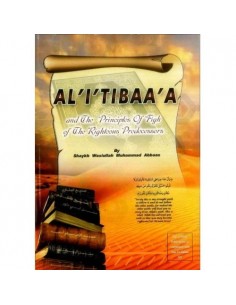 Al-I'Tibaa'A and The Principles of Fiqh Of The Righteous Predecessors 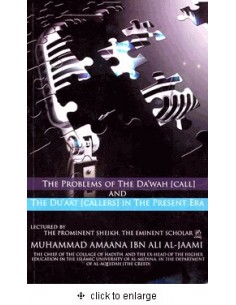 The Problems Of The Dawah (Call)

The Sinners condition on the stage of Reckoning 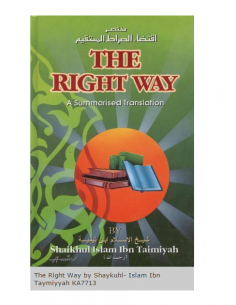 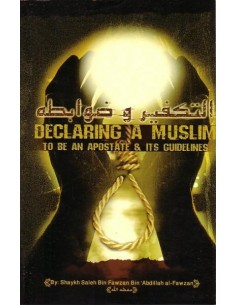 Declaring A Muslim To Be An Apostate & Its Guidelines 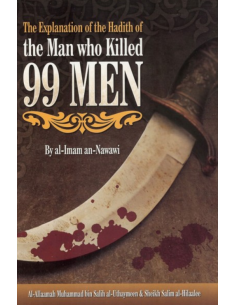 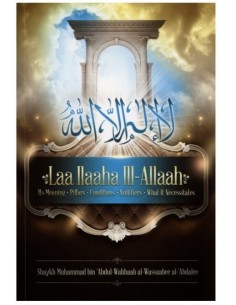