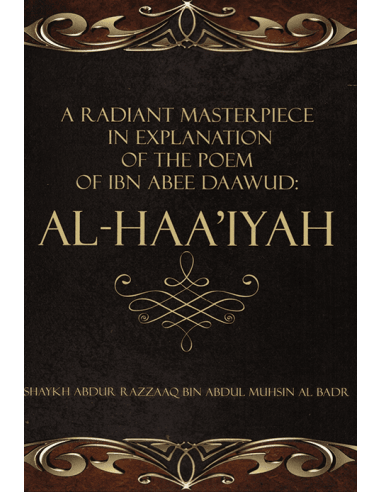 The source of Ahlus-Sunnah in derivation is the Book ?and the Sunnah. They take from them, derive their ?evidences from them, and rely upon them. They do not ?deviate from them in the least. Rather, they are as Al-?Awzaa’ee said: ?
?“We go with the Book and the Sunnah wherever ?they go.”?
They do not invent anything from themselves. Shaykh ?Al-Islaam, may Allaah have mercy upon him, stated: ? ?“The creed does not belong to me nor to anyone ?greater than myself. The creed belongs to Allaah ?and His Messenger (sallallahu alayhi wa sallam).”?
So from Allaah is the Message and upon the Messenger ?is the conveyance of the Message and upon us is belief ?and submission. Due to this, we find the books of ?Ahlus-Sunnah beginning with mention of the source ?before explaining the creed. This is that which we ?derive from that which the Messenger of Allaah ??(sallallahu alayhi wa sallam) would constantly do within the Friday ?sermon. He would always say in the beginning of it:? ? ?“As to proceed; indeed the truest speech is the ?Book of Allaah the best guidance is the ?guidance of Muhammad (sallallahu alayhi wa sallam) and the ?worst of all matters and the newly invented ?matters.”?
And his (sallallahu alayhi wa sallam), repetition of that every Friday ?contains emphasis for the importance of giving due ?consideration to this source and the necessity of ?preserving and safeguarding it. ? Concerning his statement: ??????????? “Cling” Clinging in the ?language means: To hold fast to something and be ?steadfast upon it. This is derived from the statement of ?Allaah the Exalted:?
And hold fast, all of you together, to the Rope ?of Allaah and be not divided among yourselves, ?and remember Allaah’s Favor on you, for you ?were enemies one to another but He joined ?your hearts together, so that, by His Grace, you ?became brethren and you were on the brink of ?a pit of Fire, and He saved you from it. Thus ?Allaah makes His Ayât (proofs, evidences, ?verses, lessons, signs, revelations, etc.,) clear to ?you, that you may be guided. ?
Likewise the statement of Allaah, the Exalted:?
And as to those who hold fast to the Book and ?perform the prayer; certainly, We shall never ?waste the reward of those who do righteous ?deeds. ? Concerning the “…Rope of Allaah” the scholars have ?several statements concerning its meaning. The ?majority of them, according to the scholars of Tafseer, ?say that it means: the Qur’aan; as has been mentioned ?by Ibn Al-Qayyim, may Allaah have mercy upon him. ?And it is that which is intended by the poet here, ?because he mentions the Sunnah thereafter. ?
The poet, may Allaah have mercy upon him, within his ?statement: “Hold tightly to the Rope of Allaah,” is ?addressing the Sunnee and saying to him: Let your ?point of reference always and eternally be the Book of ?Allaah and along with your clinging to it: “Follow the ?guidance” meaning: the Sunnah. The term guidance ?within the Book and the Sunnah is applied to two ?affairs:?
The first is At-Tawfeeq and inspiration. ? The second is indicating clarification and ?directing ?
Maktabatul-Irshad
No reviews 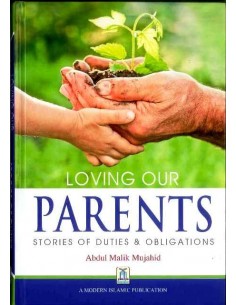 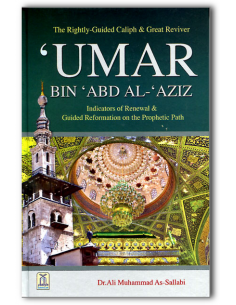 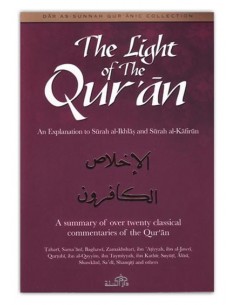 The Light of the Qur’an 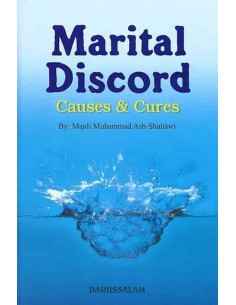 B00177
€ 3,50
Essential Contemplations  The darkness of the trials of life in which the Muslims stumble today, have made them forget fundamental truths which they are obligated to pay full attention to, and have foremost in their thoughts and contemplations.... 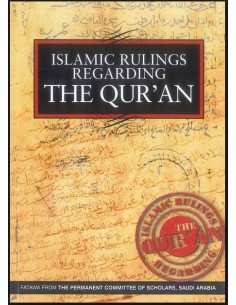 Islamic Rulings Regarding The Quraan 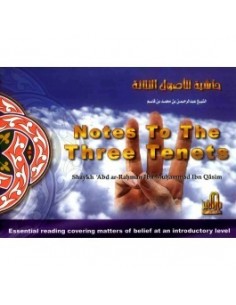 Notes To The Three Tenets

B00230
€ 5,00
Islaam, the religion of truth and guidance, is built upon well-established and plain precepts. Accepted actions must rest upon a clear and sound belief and all the various matters and principles of belief trace back to three main tenets... Contributions of the Muslim Woman by giving Sincere Advice 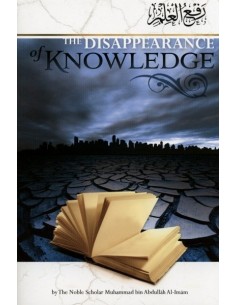 The Disappearance of Knowledge 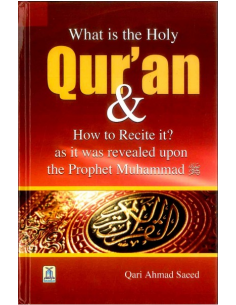 B00245
€ 14,00
Uitgeverij: DarussalamAuteur: Qari Ahmed saeedUitvoering: Harde kaftPagina's: 174 This book guides readers to pronunciate the Arabic alphabet from their correct point of articulations. It also guides them to recite the Holy Qur\\\'an according to the laws and principles of the art of recitation and intonation.
Tap to zoom
You need to login or create account