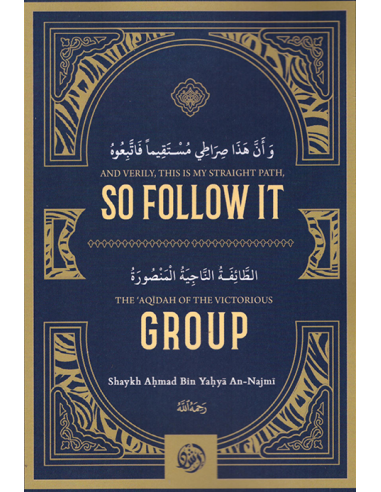 And verily, this is my straight path , so follow it - The ʿAqīdah of the Victorious Group

Verily, I was requested to give a statement about the ʿAqīdah of the Victorious Group, whom the Prophet (May Allah raise his rank and grant him peace) spoke about:

"There will not cease to be a group from my nation, fighting upon the Command of Allāh, triumphant over their enemies, they are not harmed by whoever opposes them, until the Hour comes to them, while they are upon that." [Reported by Muslim]

I preferred to write what Allāh made easy, because, a statement that is written remains and the benefit from it continues through the passing of time. I hope that Allāh will bring benefit by way of that.