EXPLANATION OF THE SIX PRINCIPLES

The topic of this speech is the six principles, by this great scholar. These six principles have been printed in numerous books. They have been printed along with a collection of books on Tawheed, and with other works by the author and disseminated in the Muhammad ibn Saud University, and printed in numerous places. It is a small treatise, two pages, but the Imam—may Allah have mercy upon him—gathers in it six great noble beneficial principles; taken from the Book of Allah and the Sunnah of His messenger peace be upon him. The student of knowledge must give importance to these great principles.

He began—may Allah have mercy upon him—with his statement:

From the most amazing affairs, and the greatest signs which indicate the power of the Dominant King, are six principles which Allah the Exalted has clarified with complete clarity to the common people, above the suspicions of the suspicious people. Then after this, many of the intelligent people of the world and the brilliant ones have erred concerning them; except for a few.

These six principles which indicate the power of Allah the Blessed and Exalted, and it is a sign from the signs of the greatness of His Ability that He clarified these six great principles in His Book, with complete clarity such that the common people understand them, not to mention the students of knowledge, and not to mention the scholars. The common people understand them, but despite this many of the intellectuals of the world have erred in respect to them.

From this we take a very important principle and it is: The intelligence of a person and his acumen alone is not sufficient. For this reason Shaykh of Islam (Ibn Taymiyyah) may Allah have mercy upon him said about the philosophers: “They were given intelligence but not given righteousness.” 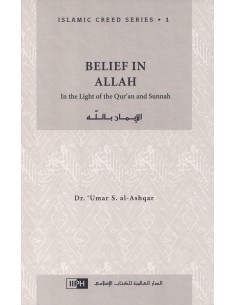