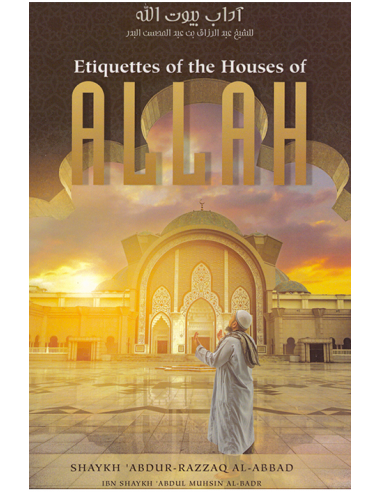 Etiquettes of the Houses of Allah

The Masjid is distinctly celebrated for the observance of many of the great and beloved acts of good deeds, such as the plentiful Remembrances of Allāh, establishment of prayer, recitation of the Qur’ān, circles of knowledge and learning the religion of Allāh. On the contrary, the marketplace is fraught with unlawful transactions, bad deeds and other abominable acts that are habitual of marketplaces.

It's enough of an honor for the Masjid to be called the House of Allāh. Allāh attributed it to Himself  in order to honor it, glorify its status and display its lofty standing.

“And the Mosques are for Allāh (Alone), so don't invoke anyone along with

“In Houses (Mosques), which Allāh has ordered to be raised (to be cleaned and

to be honored), in them His Name is glorified in the mornings and in the

afternoons or the evenings. Men whom neither trade nor sale diverts them from

the Remembrance of Allāh (with heart and tongue), nor from performing As-