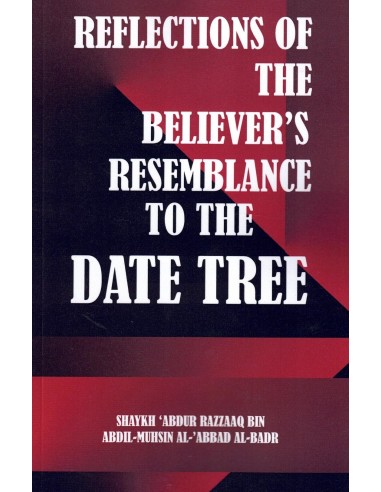 Reflections of the believer’s resemblance to the date tree

The servant's need for Eemaan is the greatest of needs. It is greater than their need for food or drink and the rest of their affairs. So because of that, the proofs for Eemaan are the strongest of evidences, its proofs are the most authentic proofs, and the pathways towards attaining and gaining it are the easiest of paths to tread (upon), the nearest of it (the paths) to adopt, and the most facilitated of it (the paths) to reach.

So for that reason, the proofs for Eemaan are numerous and varied, and its evidences that clarify it (Eemaan) in a general and specific sense. Verily some of the greatest proofs for Eemaan that the Quran consists are those verses that contain parables that clarify the reality of Eemaan and make clear its details and branches and its fruit and its benefits become apparent.

A parable is a statement that compares one thing to another due to a resemblance between them in order to clarify one from the other and to form it in the mind, and there is no doubt that using parables and examples improve understanding. It does so by bringing to the mind something tangible. Allah says (and His speech consists of the greatest, most definitive proofs):

“And these similitudes We put forward for mankind, but none will understand them except those who have knowledge (of Allâh and His Signs, etc.).”