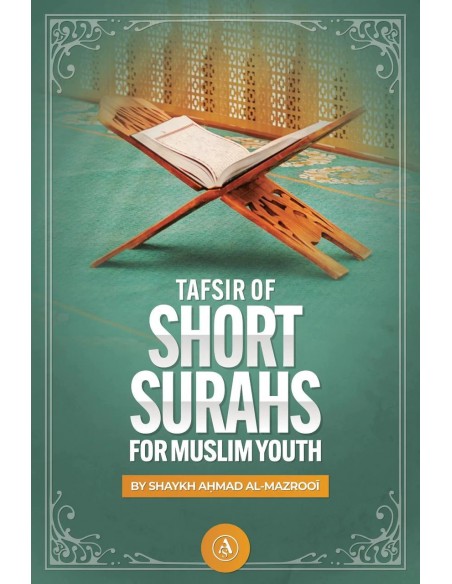 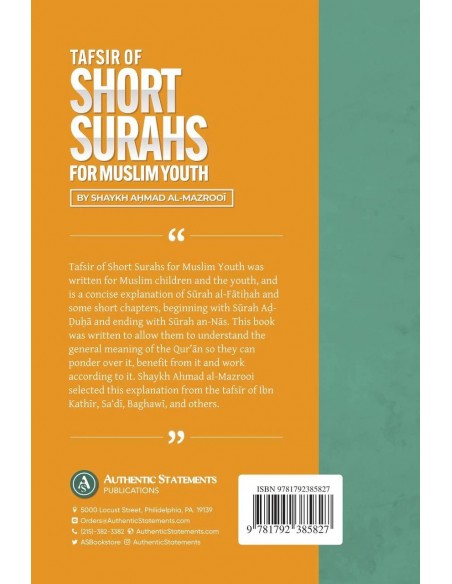 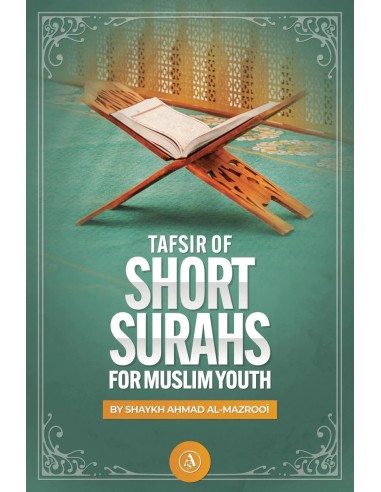 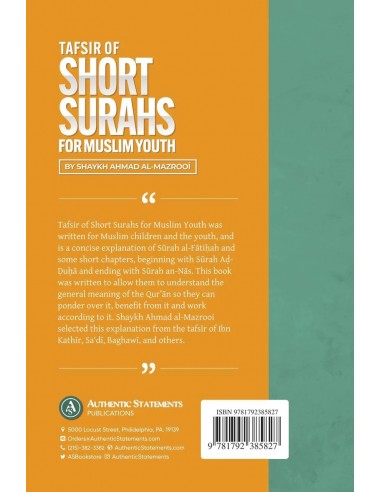 Tafsir of Short Surahs for Muslim Youth was written for Muslim children and the youth, and is a concise explanation of Sūrah al-Fātiḥah and some short chapters, beginning with Sūrah Aḍ-Ḍuḥā and ending with Sūrah an-Nās. This book was written to allow them to understand the general meaning of the Qur’ān so they can ponder over it, benefit from it and work according to it. Shaykh Ahmad al-Mazrooi selected this explanation from the tafsīr of Ibn Kathīr, Sa‘dī, Baghawī, and others.

No reviews
Tap to zoom